If you have any interest in our products, please feel free to contact us. 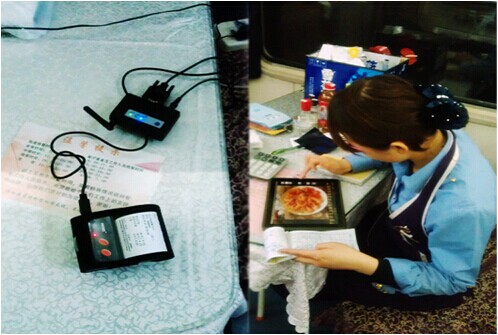 In the kitchen, they chose our portable printer (RG-MPT-II) and wireless print server (RG-WP100).

kitchen through wireless network and then be printed out.

protocol and a data loss preventing protocol is added on the application layer, which realizes the real

order anti-lost. Because of the compact and portable appearance of the printer and printer server, a lot

of space is saved for the kitchen and looks nice. This is the first case of using wireless order printing

system in our railway system. The related officer of Ministry of Railways thought the wireless order

printing system has a good performance, and will  promote this among all the restaurants in MU trains

and high-speed railways, which will make China Railways’ restaurant application a better improvement.